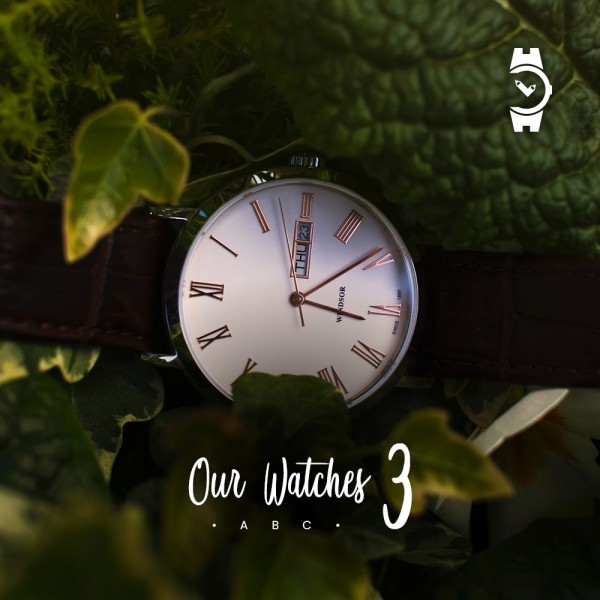 The continuation of our blog formats: Our watches ABC! With this we have reached the third and thus last part. We explain terms around the topic of the clock.

The abbreviation p.m. comes from Latin and stands for "post meridiem". This means something like "after noon". It therefore describes the period from noon (12:00) to midnight (23:59).

A retrograde watch runs counterclockwise and is therefore a retrograde clock. Such clocks are particularly used in countries where the reading direction is also reversed. With a retrograde watch, the hands literally dance out of line. The hands jump back to their starting point after a quarter or semicircle.

In general, sports watches convince with their robustness and functionality. As different as the athletes are, so different are the sports watches. The functions required vary according to the type of sport. Some functions include the heart rate monitor, analysis functions such as step frequencies or ground contact time, and the GPS function. Water resistance or the alarm setting could also be requirements for a sports watch.

The pinion is the smaller of two gears in mechanical movements. Together, both gears form the gear train. The pinion is used for power transmission and has 6 to 16 teeth.

World time is the time measurement which is used all over the world in the respective time zones. In the past, every place had its own time. Sonach it was 12 o'clock as soon as the sun was at its highest point. But later this became a problem. Regarding the coming mobility of bus and train it became difficult and a uniform time had to be defined. In 1879 a worldwide time zone system was developed for the first time. The earth was divided into 24 hour zones. The differences between each time zone are exactly one hour and thus a maximum of 23 hours to the respective time zone.

There are a total of 24 time zones, each comprising 15 degrees of longitude and beginning at the zero meridian. The time zones are based on so-called spherical two corners, each of which is assigned one of the 24 hours of a day as the time. When moving from one time zone to the next, the time shifts by one hour. This depends on the direction of the compass. In the west the time shifts one hour backwards, in the east one hour forwards.

Did you like our blog format "Our watches ABC"? Let us know!